And we slept it in too.  Crazy right ?  No ?  Well if you have known me for a long time you are probably at least a little bit surprised.  You see, in the past I was never known to be much of an outdoorswoman.  Even a couple of years ago I would never have imagined myself sleeping in the African bush with only a thin layer of poly-canvas between me and the stars.  But This Is Africa (TIA) and that has all changed, though it has been a gradual process.

During our first trip to Kruger National Park about 3 years ago we had a great time but stayed in nice little chalets or rondavels.  The following year I was ready to be closer to nature and we stayed in a permanent tent (with private kitchen and bath) in the unfenced camp of Mpila.  What an unbelievable experience.  As the camp is unfenced, this allows all sorts of animals to be browsing about at all times of the day or night.  This could be some dainty impala munching on the grass right outside your tent while you try to sleep or even a hungry hyena lustfully checking out your braai just a couple meters away.  If you want to know more about this camp, you can see our photos here.

END_OF_DOCUMENT_TOKEN_TO_BE_REPLACED

Before moving to Jozi, we spent a lot of time talking about what kind of cars we wanted to buy once we got here.  I had already decided we needed a 4×4 to help us get the most out of our planned African bush experiences but Yannick was not yet convinced. Eventually we would need 2 cars once we were both working as it was unlikely it would be convenient to carpool.  We ended up renting a car for the first 3 months here while we were deciding what to buy and also to get our other car sold back in France.

About a month into our stay here, following on a couple of weeks of heavy rain, Yannick announced that he thought we should indeed buy a 4×4 as soon as possible for our first car to help us navigate through the pothole ridden, flooded streets.  Now, of course there are plenty of non 4×4’s successfully maneuvering through Joburg but that is his story and he is sticking to it.  And who I am to argue ?

My dream car i.e. what we didn’t buy as it was 3x over our budget

END_OF_DOCUMENT_TOKEN_TO_BE_REPLACED

One of the biggest decisions of an international move is how much of your stuff you are going to take, and how you are going to move it.  As my company was paying for the move, we decided to get rid of some of our older furniture but move most of the major stuff, including applicances (we would only need an adapter plug to use them coming from Europe).

The whole process of selecting a moving a company started months before the actual move, and I will save those details for a later post.   In the end, we decided to go with Grospiron, who would pack and move all our belongings in what they call a door-to-door move from Nice to “wherever we end up living” in the Johannesburg area.  In order to prepare for the move, many weekends were spent sorting through all our crap deciding what to take, what to give away and what to trash.  This was a huge, time consuming process and I was thrilled to turn the project over to Grospiron when they arrived bright and early Monday morning (Oct 28 2013).

Our living room just before the movers arrived. We had given away some of the furniture so we had started boxing stuff up but the movers finished it all off.

END_OF_DOCUMENT_TOKEN_TO_BE_REPLACED

After many months of preparation we have finally reached the finally countdown, 10 more days !  We have a ton of things left to do before we leave but it is finally starting to seem real. We are leaving France on Oct 30 to start a new life in Johannesburg, South Africa.  We are have spent a lot of time in South Africa but never Joburg so we are very excited to start to discover our new home in the southern hemisphere. 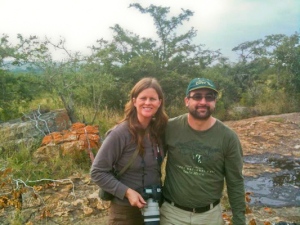